Biology Film: The Monsters Inside Us 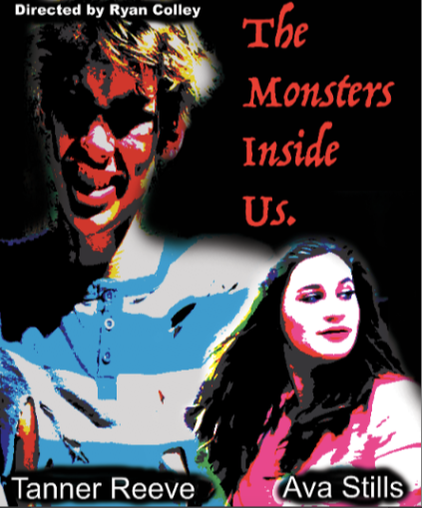 The purpose of this project was to learn about genetics and then convey our knowledge of the information we learned. I think I met that purpose fairly well. The class met the purpose extremely well. We did a good job making an entertaining movie while also conveying the required information. However the quality of the movie is debatable. I don’t know if this counts but I think I did a good job planning and setting up the exhibition. For the most part the class did well staying on task and pushing through our challenged in order to have a complete movie for exhibition.
I did not really have very many challenges throughout the project since I wasn't very involved in the making of the project. I guess one of the challenges I had was not being able to share my ideas or contribute very much because I couldn’t make myself talk to Ryan or Saige. I would have liked to help with the script but I couldn’t make myself actually ask if I could help so I just helped with the props and small developments along the way. The main challenge we faced happened towards the beginning of the project. One group had a hard time figuring out what to do while the script was being written and some people were starting to get really frustrated that they couldn’t help. Maybe if the class was split in half and each made one movie (so each class would make two movies) then it would minimize conflict and the tasks could be distributed easier. Hopefully one or two people wouldn’t dominate the whole project in a slightly smaller group. For the most part the whole class helped but the two directors had a lot on their plate and they did the brunt of the work. When filming was happening only a few people were able to work on the movie and editing was done entirely by one person. Maybe the way we did things wasn’t the best but everyone was able to help during the project and it turned out ok. I helped with little tasks like developing Ronald Donald’s character, even though most of my ideas were discarded. I also helped quite a bit with the exhibition like gathering things and assigning tasks to people who didn’t have anything to do for the movie.
​    I would probably try a little harder to do the things I want and help with that instead of just going with whatever someone assigns me and then doing a poor job on it because i’m not interested in the task. The only thing that I would do is start the project earlier so that there is more time to work on the movie. Other than that I would keep the project the same.

In previous years I have done many things involving design and infographics. Over the years I have developed good design skills which we’re really useful for this project. During this project the most significant thing I did was the River Watch. I think that it was a really great experience and I learned a lot in a short amount of time. It was interesting to go through the process. We observed the bank and river, took water samples, and collected macroinvertebrates. Even though it was sad, I had fun finding the macroinvertebrates and actually seeing the different types that we learned about from a guest speaker. Overall it was a really useful and enjoyable experience. Other significant thing I did was make my infographic. As I said before I have had previous practice making infographics but I have never had much freedom with my them before. The infographic I made for this project was much more freeform but also more challenging. It strengthened my graphic and design skills a lot so even though they aren’t my favorite things to make, the infographic portion of this project was significant for me.
During the project I helped Emery design her infographic so that it was more visual. I think my skills help our project become more cohesive. My infographic was chosen as one of the “top infographics” which I consider to be a success for all three of us.
Emery and I experienced a bit of difficulty at the beginning of the project with our third group member. The other group member was a little bit controlling and told us what to do most of the time which did not make me happy, but I tolerated it since it wasn’t a big problem. However, when it came to our paper she decided who would do what without asking either Emery or I and she wouldn’t compromise with us. I had to do something that I didn’t want to do which was ask a teacher to smooth things out. It did help but it made her and Emery really mad. After a while we figured things out and everyone seemed to be happy. Since it took us so long to figure things out we did wind up having a shorter amount of time to finish our paper but Emery and I managed to finish our sections on time. Our other group member did not, however. She waited until the very last day to put her section on the paper which stressed Emery out a lot but we managed to turn our paper in on time and complete in the end.
I think from the very beginning Emery and I assumed this person would be difficult to work with because she has a really poor attitude and usually won’t go out of her way to compromise or get along with people. Those, of course, are assumptions but they were confirmed during our project.However, she did turn out to be reliable in the end. An assumption I had about myself was that I would bring down the group because I usually take along time to finish work but I managed to finish everything on time without stressing out my group too much.
I mostly already had knowledge about the stuff we were taught in class so I didn’t really learn much but it was still nice to refresh on the information and do a project about it.
I think for the most part we did a pretty good job with the project and I wouldn’t change anything. We had some bumps in the road but came out successful. Our struggles held us back a bit but ultimately wound up helping us in the long run so I don’t think I would change a thing.
I don’t really want to pursue a career in biology or any science so I’m not sure any of the information we learned will be useful. However, I do think that the skills I practiced, writing and design, will help me with future projects and maybe even help in future job.
I already had all of the skills necessary to complete this project so I don’t think I could’ve gotten a better experience or outcome from background knowledge.
For the most part the activities we focused on meshed really well with my learning style. I like the balance of conversation, writing, and lectures, along with some videos. The style of this class works extremely well for me and I like it a lot. Biology is the class I am most successful in because of this.
​     I think this experience helped me figure out how I can be more successful in a group project and I also learned how to manage my work better. I will definitely try to be more enthusiastic of projects even if I have already learned the material in a previous year. It might turn out to be fun and successful just like this project. 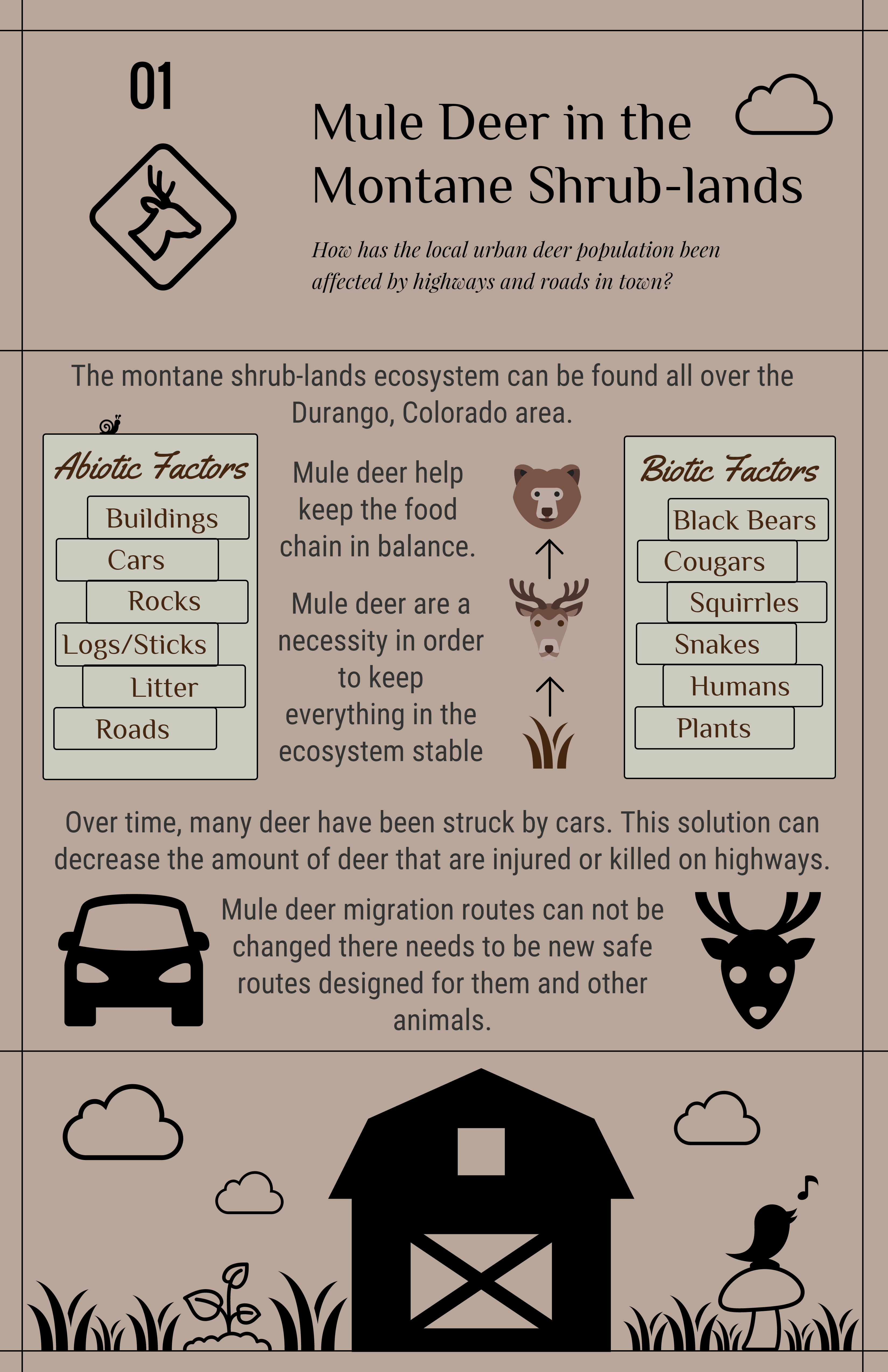 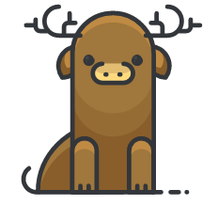